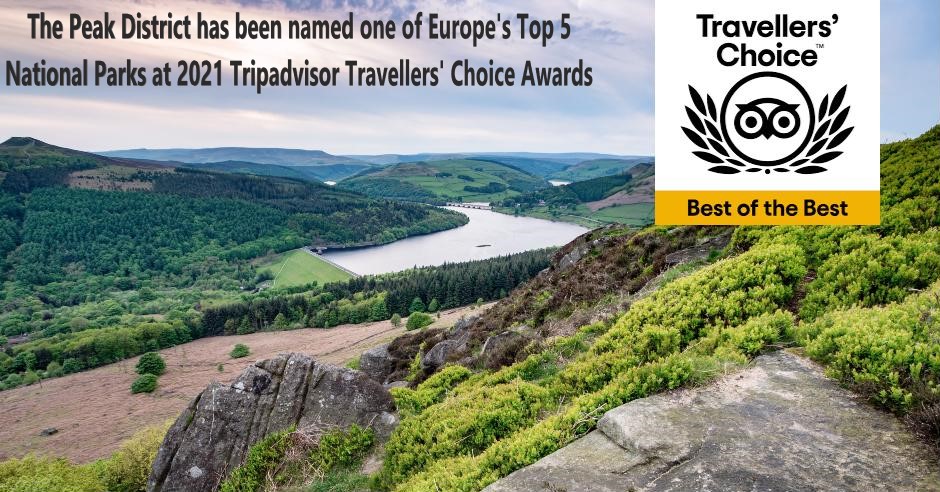 Let’s show you around a world of contrasting natural beauty, with moors and dales, rivers, and caverns, there are loads of things to do in the Peak District National Park and Derbyshire.

Here are a selection of walks either from the pub of close by, check out historic New Mills and The Torrs or follow the 1932 mass Kinder Trespass route which led to the creation of our national parks.

Five walks from Rowarth and an MTB route, with map and route directions

This special park in New Mills takes you through a beautiful river gorge with a fabulous 160 metre long walkway elevated over the water. From the walkway you can enjoy the rushing water below with waterfalls, weirs and interesting industrial building

A short walk of discovery and interesting history.

Walk beside Rowarth Brook up the wooded valley (known as Little Switzerland to the locals) and then head uphill to the moors above Rowarth for amazing views of The Peak District, Kinder Scout and the Cheshire plain.

A circular walk around Kinder reservoir, with stunning views. Follow the famous Snake Path before gently climbing up to the heather moors surrounding Kinder and then looping around the reservoir.

Walk up to Lantern Pike and be rewarded with views over Manchester, Cheshire, Yorkshire and Kinder Scout.

An exhilarating 6.5 mile walk with the option to extend to 8 miles. lt includes one of the best ridge walks (The Great Ridge) in the country, with superb views of the Edale and Hope Valleys and the edge of Kinder Scout.

This area is just inside the far western boundary of the Peak District National Park and is often ignored by walkers as the greater attraction of the Kinder Plateau is so close. However the interesting, undulating terrain and views over the Cheshire plain are fantastic.

The Goyt Valley and surrounding area is a popular place for walking. With Errwood and Fernilee reservoirs and forest in the valleys contrasting with the wilder moorland on either side. Taking in Pym's chair and Jenkyns chapel.

The Great Ridge from Edale - 8.5 miles

The Great Ridge is arguably the most walked ridge line in England, connecting the summits of Lose Hill (476m) and Mam Tor (517m) whilst dividing the grit stone Dark Peak to the North and the limestone dales to the South. This makes for a spectacular and challenging Peak District hiking adventure.

A splendid hill-walk retracing the route of the famous mass trespass onto Kinder Scout. Heading up William Clough, the Pennine Way is followed along the plateau edge, passing the dramatic Kinder Downfall and visiting Kinder Low before returning by an old pack-horse route.

Bleaklow and Higher Shelf Stones feature in this Peak District walk from Old Glossop. Other highlights include the Wain Stones, Yellow Stacks and Doctor's Gate. This moorland can be wild and desolate in bad weather so save this walk for a dry day with good visibility.

The full walk of about 18 miles is challenging, and includes long ascents and descents, a variety of stiles, mud and some very wet conditions. If you are planning to go, please wear stout footwear. You can do all or part of the walk, by leaving or joining at one of the stages near a bus stop. There is also an option to start the walk at Rowarth and join the boundary walk for about 4 miles starting at and returning to the Little Mill.

This mountain bike route of 17.6 miles, which starts in Hayfield, circles then goes through the village of Rowarth a few miles to the North West. The trails are split between the grit stone of the Dark Peak and limestone towards the Goyt Valley. This produces a ride with some nice variety as well as some great descents.

5 x Routes around The Hope Valley

There are many Peak District on & off road cycle routes for all abilities, from easy-going to steep challenging off-road tracks for the more energetic and adventurous. Here are five around the Hope Valley

If you have any routes that may be of interest please send them
through to us by email. thanks